Together with Copyright Communications GmbH, we developed a fairly unusual motor show exhibit for Porsche. Visitors were able to compete on a digital race track using the hybrid power of the new Porsche Panamera Turbo S E-Hybrid!

The application is based on a classic Carrera race track where two players compete for the best time in a three-round match. But we took it a step further to best represent the design philosophy behind the Porsche Panamera Turbo S E-Hybrid with easy-to-understand game mechanics!

The real car for example would recuperate energy when braking. So, when its digital counterparts would approach a curve in our app, we told players to brake instead of driving through it at top speed. Doing this fills the E-Boost bar which can then be triggered to speed up and gain an advantage. We indicated this by using green and red markings on the track itself, making hitting the perfect timing a bit easier. This simple mechanic had a huge impact on the game dynamic and difficulty as a whole and transported Porsches‘ e-hybrid concept in a playful and interactive way. Also, the lucky winner was immortalized on a high-score leaderboard! 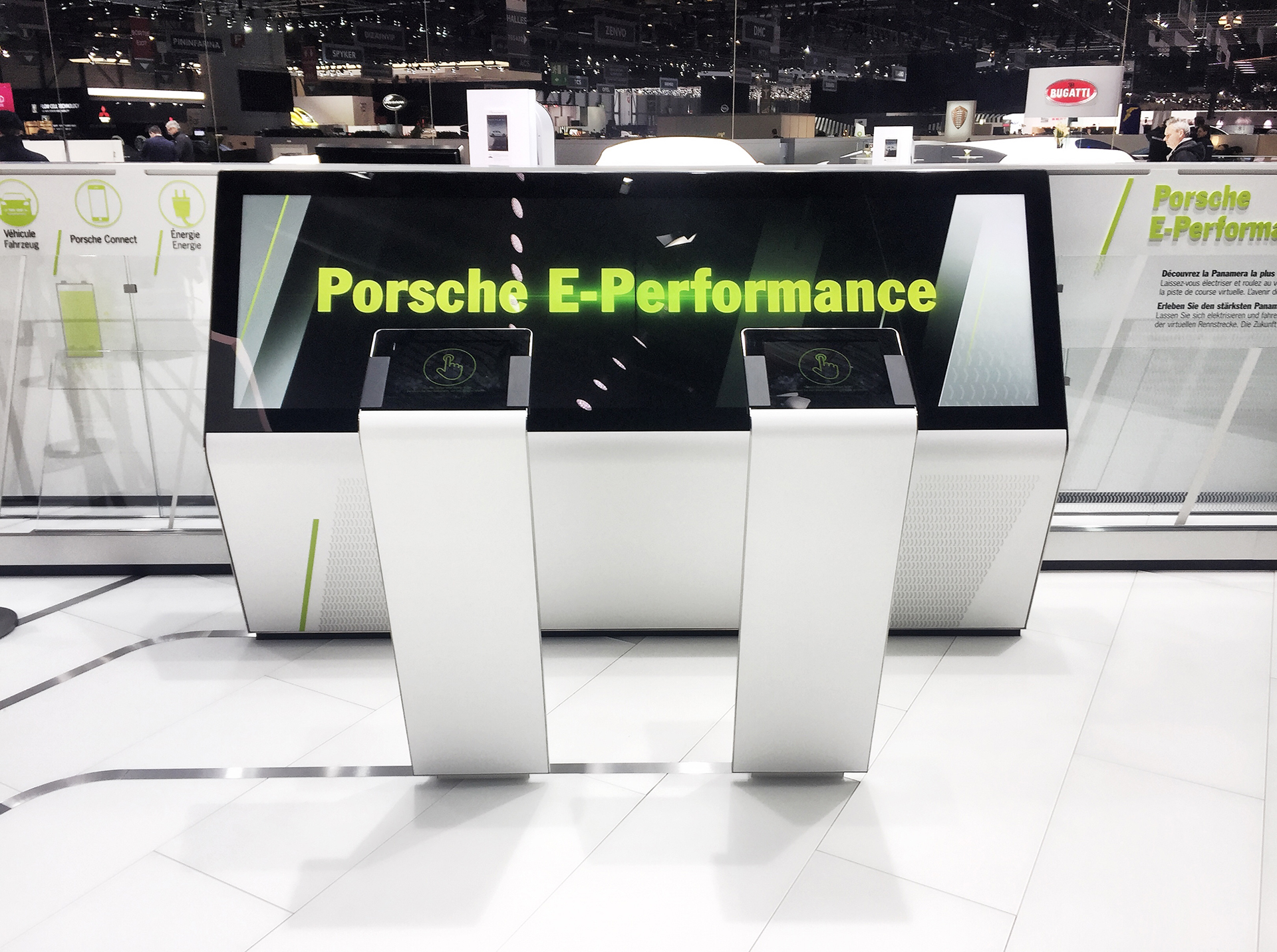 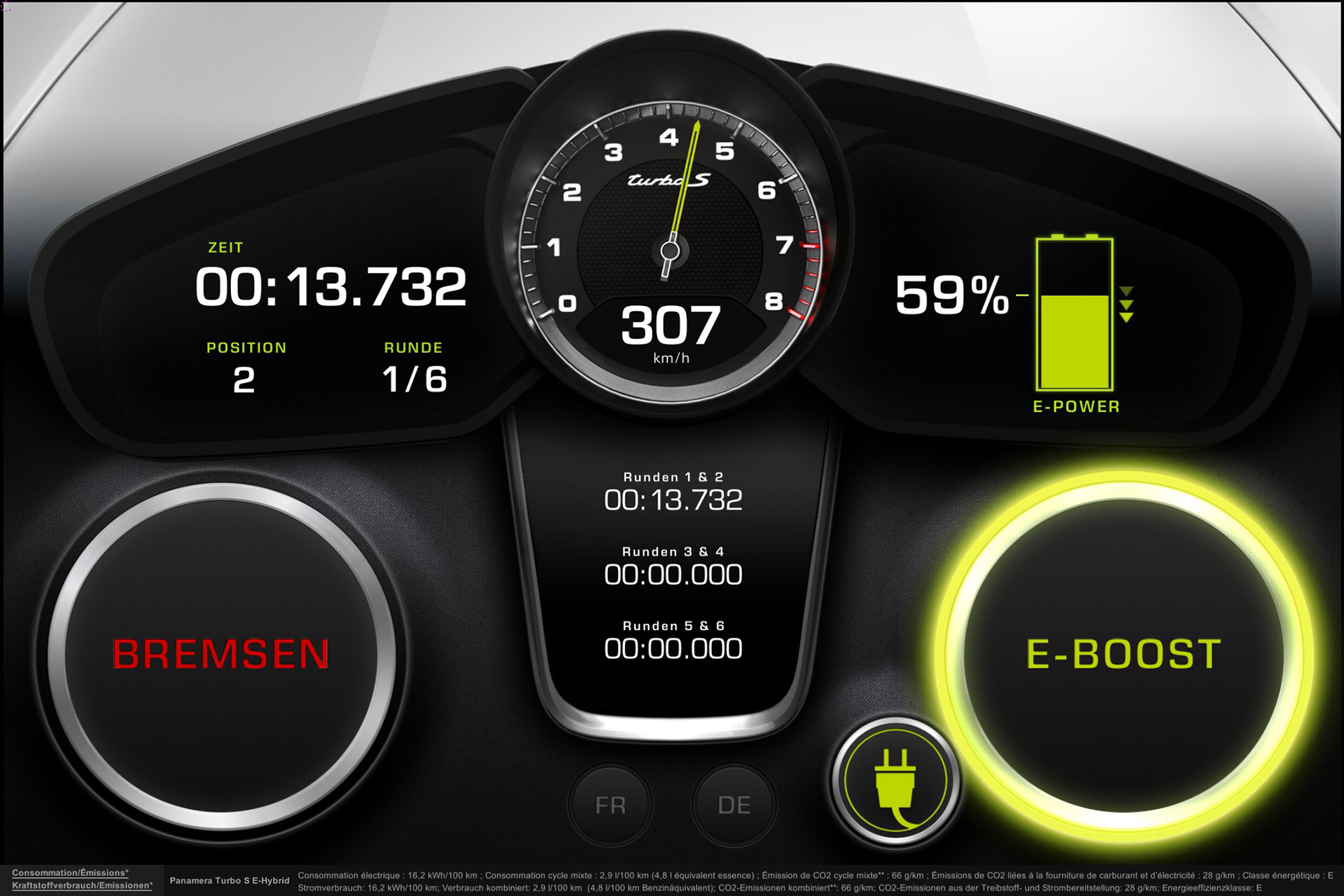 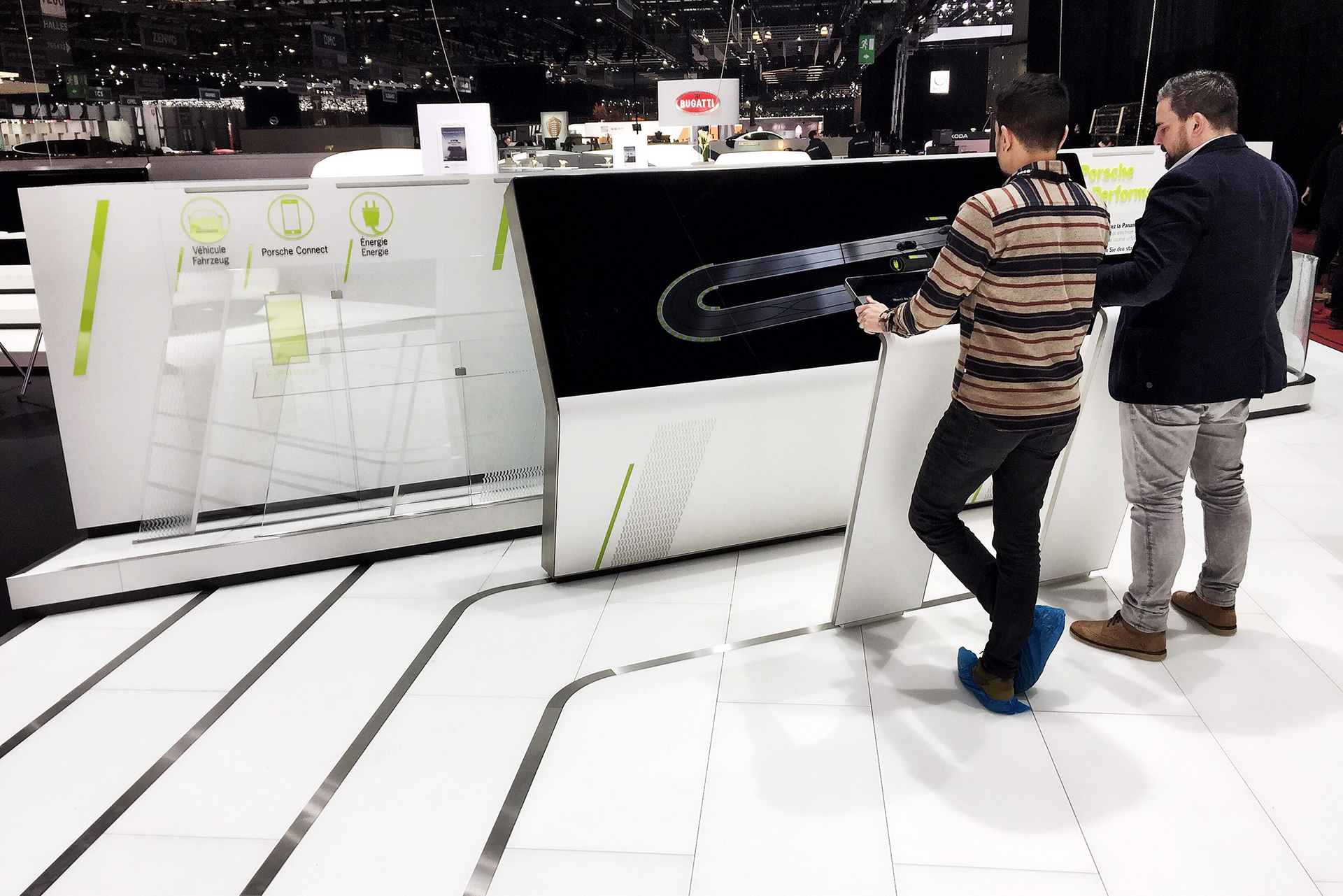 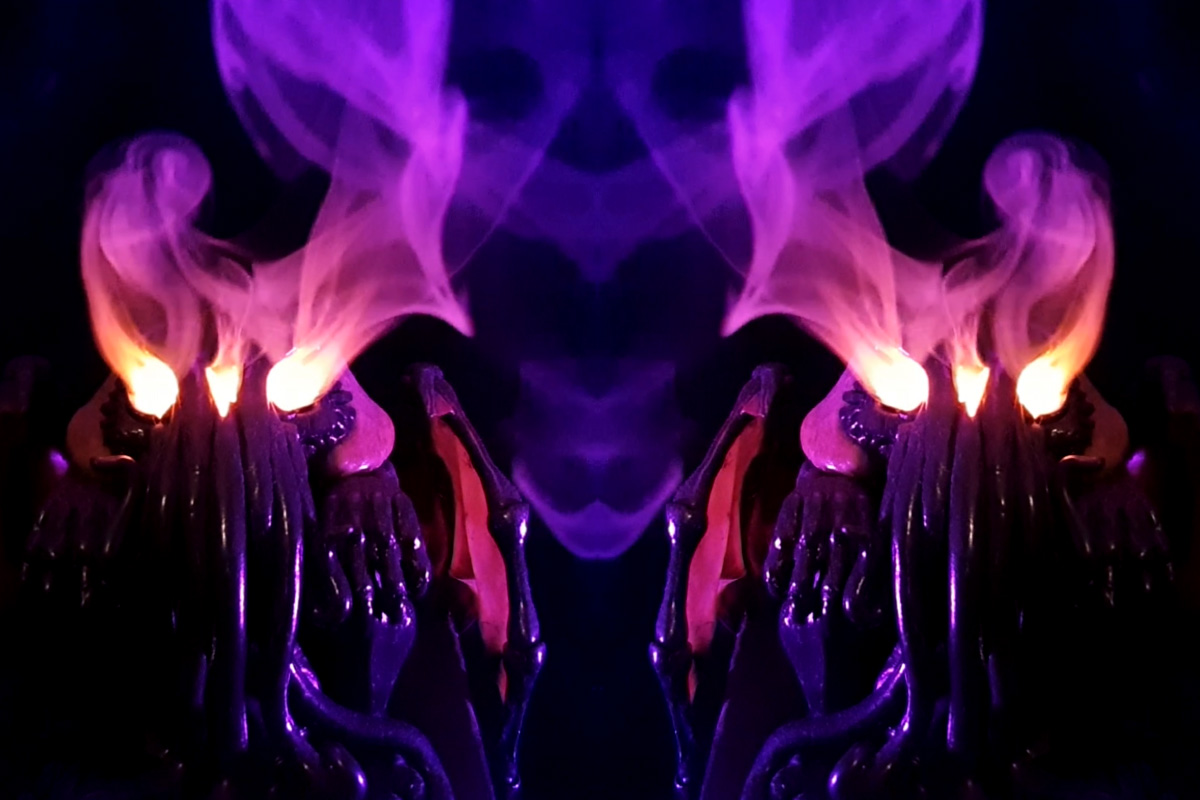